Creative Failings from a Creative Business – Arts Sponsorship and the lack of Artfulness. 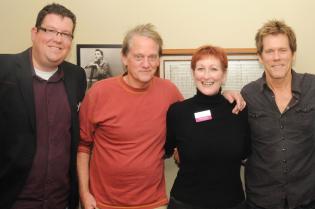 I was sitting with a fellow in Dublin some weeks back, talking shop. My friend is an Irish leader in bringing together non-profit and corporate alliances and we were talking about sponsorship in the Arts. He articulated something in frustration that I’ve known for a long time but never said out loud:

Arts organizations deliver some of the least creative, interesting and inspired pitches when they should be, by definition, proposing artful, impactful ideas.

“Why is that?” he asked me. In Ireland sponsorship is Big Business – and most of the action is in Sport. Like in the United States, and possibly more so, aligning with sports is a great bet for reaching a captive, loyal and attractive audience because EVERYONE watches the matches. Soccer, Rugby, Hurling (you have to check it out) draws a wide audience who cannot skip the commercials, are keenly interested in the product and have a loyalty that you cannot purchase.

Yes despite having something highly desirable to sell (affinity with the Home Team) sports clubs always have the most creative ideas imaginable – his example is a winner: A local club partnered with a mobile provider so that fans could enter to have their name embedded into the number of the players jerseys.  Furthermore they could log on to the mobile provider’s website to see exactly where their name got included on the jersey. Tens of thousands of responses later and you have a clever, creative, impactful partnership and interaction with the brand in a unique and memorable way.

By comparison, he explained, the proposals from arts organizations he typically reviews feature static (and often minimized) logo placement, modest ticket allotments, and Entitlement – the notion that the organization or project is so Important and Valuable that it would be Morally Corrupt to say, “No Thank you.”

I could not argue the point. In my career I have been guilty of that sort of thinking from time to time – rehashing logo placements and being overly reliant on my desirable demographic audience. And then I would inevitably wonder why I would receive a No.

I’ve always thought it would be fun to give money away but I’d be terrible at it. Mostly from boredom. Imagine reviewing 10-15 similarly looking proposals per week, every week.

So why the lack of creativity on our side of things? We are so keen on our product (the art on the walls, the show, the dancing) that we cannot see it from the other side. We are either afraid to tarnish the purity of our core product or we are insufficient to the task. And often we are lazy and uncreative, blaming our board members for their lack of effort on our behalf.

This year rethink your sponsorship program – is logo placement the best you got? It won’t go far against the competition. A good proposal needs something specific, relevant, and creative. Assuming the marketing manager reviewing your work isn’t a Super Bach fan (and God bless them, for they do exist), you are going to need something shiny to hang the proposal around to get you in the door for a conversation.

A quick story to illustrate. A few years ago we were ramping up the sponsorship program of the Palladium and a young lady I knew working brilliantly in media sales introduced me to QR codes in advertising. The whole thing kind of came and went already but the idea was to be able to use your phone to seek more information about a product or service – an immediate call to action via the company’s website, or offer.

Being a good fundraiser of course I stole the concept wholesale and started pitching QR codes immediately as a unique and dazzling part of our sponsorship activation.

And you know what, it worked. Several companies responded to the idea because they hadn’t seen it before and our Season Book included some of those odd looking barcodes. But you shouldn’t try it now. Because it is 2014.

It isn’t easy constantly coming up with creative ideas but that is our challenge. I spend considerable time with clients brainstorming ideas, strengthening proposals, and beefing up good ideas and into great and fundable proposals.

If you can’t do it, stick to giving the old ladies donor tours. You should probably be doing more of that anyway.

And yes, that photo is of me and Kevin Bacon. So the rule is if you can offer Kevin Bacon, ignore the rest of that above. Kevin Bacon is plenty.

If I could, I'd write about nothing but tacos. Alas, I am fundraising and leadership consultant in the arts, focusing on contributed revenue growth for organizations. Send me a compliment or complaint. And the location for the good tacos in your town.
View all posts by jeremymhatch →
This entry was posted in Cultural Entrepreneurship, Fundraising, Sponsorship. Bookmark the permalink.

6 Responses to Creative Failings from a Creative Business – Arts Sponsorship and the lack of Artfulness.