Ireland to Memphis to Argentina: Postcards from the 117 flights of 2014.

117 Plane Rides, a new personal best. Or worst? Squashed into the window by a 350 lb Jabba with BO, hassled, sneezed upon, stranded more than once. But it was Beautiful, this year in the Sky. When people ask me about fundraising in Ireland I tell them this story: On a cold night, and chatting up a fellow and his small dog (the dog had his own stool). Our Man was headed to jail, having been arrested a second time for dealing marijuana, and a 2nd pinch meant it was No Joke Prison for several months.

“Might I observe that you are obviously a capable young fellow and perhaps a Life of Crime isn’t the Path for you?”

“Why is that?” I asked, as I bought my condemned friend a Smithwick’s, thankful for the conversation.

“I will miss my clients. Wonderful People. Lawyers, Bankers, Professors. They could depend on me. And now I have to leave them because next time is two years in the Clink. And I am so very sad.”

So that’s what I can relate about building philanthropy in Ireland.

The Cliffs of Moher are dazzling. The only experience I can compare them to is the Pacific Coast of California and Big Sur. What’s great about the Irish version is that there is almost no fencing between you and the edge of the Cliffs. And so tourists are jumping up and down near the edge, taking selfies and generally acting foolish. We asked the Guide, “Does anyone ever go over accidently?”

Yes. Once or twice a year. “Watch this Honey!” and downward they go to Oblivion. Wouldn’t our American destinations be improved by this encouragement of Natural Selection?

Galway Bay. The light on that Bay is unlike anything I have ever experienced. I walked along the Bay almost every day of my 3 months in Ireland. I will return.

On the flight home from JFK to Indianapolis, with a first class upgrade: a serious looking Asian fellow in a fitted black suit across the aisle from me. To his left, by the window, was a small metal box the size of a toaster. It could have easily fit underneath the seat in front of him, no problem. But the Box had its own ticket. In First Class. The fellow quickly departed, with only his box as luggage. No computer satchel.

Why? Probably best not to know.

At Aniar, a Michelin starred restaurant in Galway, I enjoyed the full tasting menu as an early birthday gift to myself. An extraordinary meal that included lamb tongue and other delicious bits, but the true highlight of my chowing in 2014 was this bowl of weeds, foraged by hand in the bogs and along the sea. This was so outrageously delicious that I was texting my pal Roger, “Fuel up the jet and get over here man.” I am not even kidding.

It was a bowl of weeds. 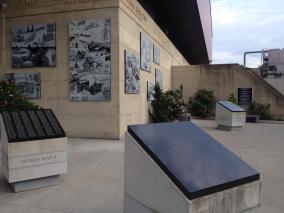 I got stuck overnight twice in 2014, once in Binghamton, New York and another time in Shreveport, Louisiana. I am 40 now and have learned just a pinch of acceptance and no longer lose my shit when these things happen.

Walking in the Bing that night I happened upon this simple monument to the city’s lost sons and daughters of War. The designers included blank slabs for the wars in the future, so tomorrow’s dead sons and daughters might be remembered.

Maybe we could rethink this approach to statecraft?

I’ve always admired Memphis as a city, and began traveling there over the summer. It is a terrific town, gritty and determined, with true culture. Beale Street smells vaguely of pee and barbeque. Speaking of barbeque, I love the Memphis locals. Almost all of them ask, “Where did you eat last night?” which means, “Where did you get ribs last night?” And then you tell them where you went for ribs, a well regarded place that gets good reviews on Yelp.

And they look at you EVERY TIME with perfect horror and shock for your feeble Yankee palate and ask, more or less, “Well, if you were going to go there, why didn’t you just go to Applebee’s for Riblets?”

I adore Memphis. Even the Pyramid they built by the river that is rusting away now. 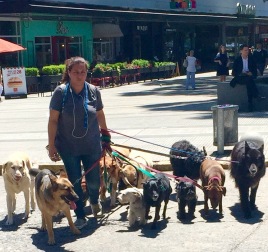 2014 marked my first trip to South America. Buenos Aires is a spectacular city, one of my new favorites in the world. The locals keep dogs as a sign of wealth, and young people make a fine living walking them in packs of 15-20.

American dogs (and children) are rarely well behaved in public. These dogs know the Drill.

And of course my year was all about the ATL. I bounced off Atlanta at least twenty times this year. It is the best run airport in the entire world, moving vast numbers of planes and people efficiently and without the drama or chaos of O’Hare or JFK.

If your layover permits it, walk the underground corridor between terminals. There are several excellent art and photography exhibits, as well as very fine walking history of Atlanta (though it does not dwell long on slavery and the civil war era). 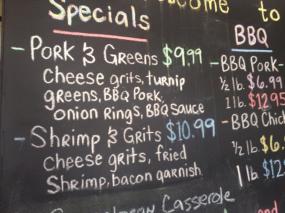 The best Barbeque I ate this year (and I ate too much BBQ this year. Seriously. January is going to be no joke) came not from Memphis but from Birmingham, Alabama. Read the above. For $9.99. You want Some. Go to Birmingham. My search for the perfect plate of pork ends, for now, in Alabama.

There ain’t no BBQ in Indiana. 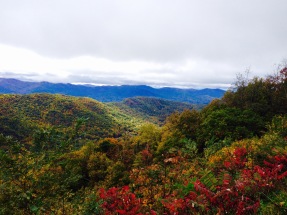 Asheville remains my favorite city in the United States. We are all going to move here in 2015.

If I could, I'd write about nothing but tacos. Alas, I am fundraising and leadership consultant in the arts, focusing on contributed revenue growth for organizations. Send me a compliment or complaint. And the location for the good tacos in your town.
View all posts by jeremymhatch →
This entry was posted in Cultural Entrepreneurship, Ireland, Irish Adventures, Life and Travels and tagged BBQ, Delta, Galway Arts Festival, Ireland, Memphis, travel. Bookmark the permalink.