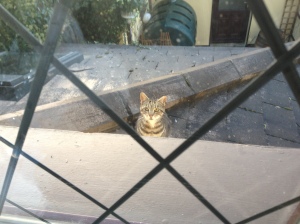 This week I spent an hour with an Irish accountant, learning about the tax system as it relates to non-profit organizations, and a recent change to Irish tax policy that I am still wrapping my mind around.

For individuals, the Irish income tax is simpler, and probably fairer, than ours in the United States. For the majority of salaried employees, a simple formula is applied, and added to this various social welfare and other special taxes and your average Irish worker plays between 33% and 40% of earnings to the government.

We can debate all day about this of course – it is higher on average than the United States but the Irish enjoy free health care, pensions, paid time off for new babies (both parents) and all sorts of social benefit. Great, or not—depending on your Tea Party tendencies and how Pop voted when you were a kid (most of us don’t change).

One unquestionable benefit to this system is that Irish pay their taxes and that is that. No annual filing for the majority of workers – it is a square system based on income and none of the myriad loopholes, deductions, credits and so forth that make our American system so cumbersome to understand and administer. You make your money, the government takes a slice, and life goes on.

I am a part-time resident of Ireland and have taxes to pay here, and while it is a considerable chunk of income, the system is perhaps a superior approach. None of the gaming of the American system, where the wealthy are best positioned to further lower a tax basis by taking advantage of deductions and loopholes they would pursue regardless (mortgage deductions on vacation property, investments in their own business in pursuit of further profit, gifts of artwork to museums, etc).

So Ireland favors a simpler, progressive tax code. Fine. Where things get strange pertains to charitable deductions. Until 2013 there was tax refund eligibility for certain types of deductions as an opportunity to reduce tax burden. Last year charities in Ireland lobbied and the law was changed in favor of a scheme to award the tax refund (what would have been paid had not for the charitable gift) to the organization itself, and not to the benefit of the donor as prior (and in the US).

So in America, if I give $1000 to my favorite non-profit, the Indy Fringe, and receive negligible benefit for my contribution, I can claim a $1,000 deduction from my taxes. Essentially, I don’t have to pay taxes on that contribution amount. Why? Because we want to incentivize the citizen to help non-profits to do those things that government does not/will not/cannot do.

So what does this mean? In simple terms, I don’t pay taxes on that $1,000 of income, with a net savings depending on the tax rate I pay. Let’s say it is 20%. So that’s $200 worth of tax that I don’t pay. Good for me, bad for society generally (less tax revenue for education, bombing small nations on our behalf, the Grand Canyon, etc).

In Ireland, they have recognized that this $200 in unpaid taxes is not to the public good – so they have changed to a system where this sum is awarded to a SPECIFIC public good (the selected charity) directly, in addition to the contribution.

As an American fundraiser this is Genuine Heresy, viewed from the Almighty perspective of incentivizing donations as SACRED to the DONOR. After all, we incentivize behavior we seek all the time (home ownership as a societal good and thus the mortgage deduction, as the biggest example).

The Irish see this from a vastly different perspective, still considering it an incentive. By awarding these tax increments directly to the organization they reward true philanthropic intent for the donor. Instead of, “I lowered my tax basis by $5,000 via charitable deductions last year” it is, “My contributions were leveraged even more by an advantageous tax program. As a donor who cares about this charity, I am so pleased.”

It is fascinating (as tax matters go). Is America on the right track with our simplistic demand that every contribution (and many of our prudent and financial decisions-savings, home ownership, investment in our businesses) include a tax incentive for good decisions we should want to make anyway? When I first say the Irish approach I thought it was odd but now not so sure.

Which approach in the end rewards true philanthropic behavior? I gave a bit of money this week to the International Red Cross to assist with the Philippines disaster, not for tax purposes but because a country where I lived as a small boy is in dire need and there is great suffering.

That’s enough tax fun for now. Come back a couple weeks after that if you are here for the Miley Cyrus debate or lively consideration of millennial giving societies.

If I could, I'd write about nothing but tacos. Alas, I am fundraising and leadership consultant in the arts, focusing on contributed revenue growth for organizations. Send me a compliment or complaint. And the location for the good tacos in your town.
View all posts by jeremymhatch →
This entry was posted in Cultural Entrepreneurship, Fundraising, Ireland, Philanthropy. Bookmark the permalink.